Find out the dates of all the 2014 Formula One Races as well as the F1 circuits being used with the help of your free 2014 F1 Calendar! 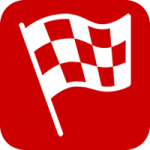 Officially referred to as the FIA Formula One World Championship, Formula One is the premier class of single-seater auto racing. The F1 season is made up of a series of races, called Grands Prix, which take place on different circuits throughout the world. The results of each race are used to determine two World Championships every year, one for the racing drivers and the other for the constructors of the cars. Our selection of Racing Calendars include the dates of even more Racing Events.

Formula One Events are widely publicized and the 2010 Racing season had a worldwide television audience of around 527 million people. Have a look at the free 2014 F1 Calendar to make sure you don't miss any of the 2014 Formula One Races. Find out the dates of Formula One Races as well as the F1 circuits being used with the help of your own 2014 Formula One Calendar!

Be sure you don't miss a single moment of one of the most widely anticipated and high-speed racing events in the world with the 2014 F1 Calendar provided below:

The Sochi International Street Circuit, formerly known as the Sochi Olympic Park Circuit, is a racing street circuit under construction in the Black Sea resort town of Sochi in Russia. Previously an Olympic venue, the Ochi Circuit is similar in this respect to the Gilles Villeneuve Circuit in Canada and the Sydney Olympic Park Circuit. The inaugural race of the Sochi Circuit is due to take place on 12th October 2014 and marks the first of a seven year long contract with Formula One.