The Mayan Calendar is an ancient system of recording time by means of combining three separate calendars. The combination of these calendars makes for a circular calendar in which the cycle begins again every 52 Mayan years. 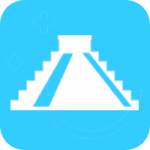 The origin of the Mayan Calendar, one of the most sophisticated world calendars of its time and very similar to that of the Chinese calendar, is unknown. However, there are two theories regarding the creation of the Mayan calendar:

How does the Mayan Calendar work?

In the Mayan calendar, time passes in cycles which repeat themselves every 52 Mayan years. Used simultaneously, the Mayan Calendar consists of three separate calendars: the Long Count, the Tzolkin (divine calendar) which runs for 260 days and the Haab (civil calendar) which has a total of 365 days. While the Tzolkin and the Haab distinguish and name the days, only the Haab identifies the duration of the year.

In a typical Mayan date, the Long Count would come first, then the Tzolkin date and finally the Haab date.

The Long Count is an astronomical calendar for which the actual Mayan term is unknown. Commonly considered to be a linear count of days, the Long Count is, in fact, a cycle of around 5000 years with the basic unit being the kin (day). While the start date of the Gregorian calendar is January 1st 0 AD, it is reckoned that the Long Count of the Mayan Calendar began on August 11th of 3114 BC. Thus, explaining the recent apocalyptic hysteria when the Long Count reached the end of its cycle on December 21st 2012.

The Tzolkin system, also known as the divine calendar, is a 260 day calendar which records time in 20 periods of 13 days. Each day, numbered 1-13, is also named according to glyphs from a series of 20 day names. After each cycle, the calendar is repeated.

The civil calendar of the Mayans was called the Haab which is a 365 day solar calendar divided into 18 months of 20 days. To complete the 365 days of the year, an extra five day period was added (Uayeb). As the solar year is actually 365.242 days long, a discrepancy for which the Gregorian calendar accounts by adding a leap year every fourth year, the Haab is slightly inaccurate.

Mayan Calendar: The Calendar Round

The combination of calendars creates a larger cycle of 18,980 days known as the Calendar Round given that this is the smallest divisible number into the length of the Tzolkin year (260 days) and the Haab (365 days). The Mayan calendar cycle refers to the fact that the amalgamation of calendars means that it takes 18,980 days or 52 Haab years to realign. This realignment was celebrated by the Mayans as the ceremony of new fire and marked the beginning of a new century.

The Mayan Calendar and Pregnancy

According to tradition, the Mayan Pregnancy Calendar gives expectant mothers the opportunity to find out the sex of their baby by using her age and the month of conception.

If what you want to know your zodiac sign according to the Mayan horoscope, you can consult the following Mayan Horoscope Calculator. The Mayans have 13 zodiac signs based on the relation between the earth and sky.