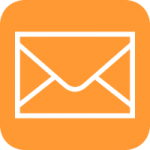 For more Countdowns and Timers recording the remaining time until an important date, consult the main Countdowns Page.

The USA holds elections on state and local levels. The Presidential Election takes place at the state-level to decide which people will become members of the Electoral College, which is the constitutional body responsible for electing the president, for each state. Then, those members of the Electoral College cast their own votes for the Presidential Candidates.

The first recorded Presidential Election in the USA took place in 1788 in which George Washington won.