On this page, discover everything you need to know about the Jewish calendar. From the origin of the Hebrew calendar to its modern applications 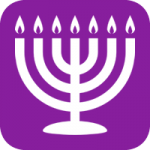 The current version of the Jewish Calendar is particularly important within the Jewish community as it determines all the Jewish festivals.

Origin of the Jewish Calendar

The Hebrew calendar dates as far back as 3761 BC with the history of the world recorded as seven 1,000 year “days”, corresponding to the seven days of the Earth´s creation. According to the Jewish faith, it is believed that the world will only exist for six thousand years.

The Lunar Phases in the Jewish Calendar

According to tradition, the first commandment given to the Israelites after their freedom from slavery in ancient Egypt was to sanctify the New Moon. This commandment forced the new nation to abandon the Solar Calendar used by the Egyptians and look to the moon and its Lunar Phases as a way of determining the passing of time and seasons.

Unlike the Solar Calendar, the days according to the Hebrew Calendar begin at sundown and the seasons of the year are marked by special festivals. The Jewish week (shavu´a) begins on a Sunday and the last day of the week, the seventh day, is called the Shabbat:

However, the current Jewish Calendar is more commonly described as a Lunisolar Calendar. The 354 days that make up a lunar year were adjusted to coincide with the solar year by periodic leap years to ensure that the customary Jewish Festivals would take place in their proper seasons, such as, Passover in Spring.

The Year and Months of the Jewish Calendar

The names of the months in the Jewish Calendar originate from Babylon and the duration of each Hebrew month is determined by the time it takes for the moon to complete a lunar cycle. Although the Hebrew Calendar has been altered throughout the years, the current Jewish Calendar is composed of the following months:

The years of the Hebrew Calendar are numbered with every seventh year marking a Sabbatical year, called the Sh´mitah. After seven cycles of the Sh´mitah, a Jubilee Year, also known as the Yovel, is to be observed.

What year is it according to the Jewish Calendar?