Discover all about Solar Calendars, also known as Sun Calendars, including how they are used and how they work in relation to their counterpart, the Lunar Calendar. 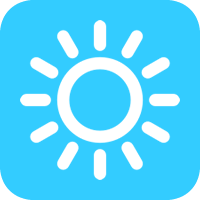 A Solar Calendar is a way of measuring and recording periods of time based on the time it takes for the Earth to revolve around the Sun. With the help of the solar calendar, we can predict the times in which the sun will set and rise every day throughout the course of the year as well as the occurence of Solar and Lunar Eclipses when it is compared to the Lunar Calendar. For more information on Eclipses, check out the Eclipse Calendar.

History of the Solar Calendar

The solar calendar was first developed by the Egyptians who used the annual appearance of the Dog Star - Sirius- , which coincided with the yearly flooding of the Nile River, as a fixed point. However, the Egyptians forgot to consider the extra fraction of a day in their 365 day calendar. Later, the Roman republic calendar, based on the Lunar Calendar of the ancient Greeks, was replaced by Julius Caesar in favour of the Julian Calendar. The Julian Calendar allowed for February´s leap year but made the solar year too long by adding a quarter of a day annually. By the 16th Century, the extra time accumulated to form an error of around 10 days which was corrected in the form of the current Gregorian Calendar.

In the Western World, the definition of the year is based on the Earth´s revolution around the Sun and, therefore, is referred to as a ´Solar Year´. However, several varieties of Solar years exist:

What is the difference between a Lunar and Solar Calendar?

As the Islamic Calendar is based on the Lunar Calendar, Islamic festivals such as Ramadan and the pilgrimage to Mecca therefore advance through our Gregorian solar calendar by 11 days every year.

By combining the Lunar calendars with its corresponding Solar calendars, we can also predict when there will be solar eclipses.

Find more information regarding the corresponding Lunar Calendar and the Eclipse Calendar.