Find out about each of the races which make up the MotoGP Championship with the free printable MotoGP Calendar! 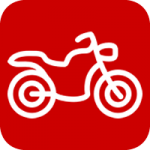 Established in 1949 by the Fédération Internationale de Motocyclisme (FIM), the MotoGP Championship is currently in its 65th year. As one of the longest running Motorsports Championships in the world, MotoGP is the premier class of three separate categories that take place during a typical Grand Prix Racing Weekend. Take a look at our selection of Racing Calendars to see the dates of even more Racing Events.

During a Grand Prix Racing Weekend, there is a race in each of the three categories: Moto3, Moto2 and MotoGP which, predominantly distinguished by the engine capacity of the motorcycles, means that three Grand Prix Champions are crowned at the end of every MotoGP season. A Grand Prix Event lasts for three days with the first two used for practice and qualification rounds for each class and the third day is always Race-Day.

Whether you're planning to attend the 2014 MotoGP Racing Weekends themselves and visit the MotoGP Circuits or simply want to to watch the televised 2014 Grand Prix Events from the comfort of your own home, make sure you remember all of the MotoGP dates with your free MotoGP Calendar!

The 2014 MotoGP will be made up of races which, taking place on 18 different circuits, will be hosted in a total of 13 countries as shown in the free MotoGP 2014 Calendar below:

The 2014 MotoGP Schedule went through some last minute changes when Brazil was dropped from the definitive MotoGP Calendar. MotoGP´s planned return to Brazil and the Autódromo Internacional Nelson Piquet circuit in the capital city Brasilia in 2014 was omitted from the MotoGP Calendar as the construction work to upgrade the venue, close to Brasilia´s stadium for the 2014 FIFA World Cup, was said to be running behind schedule. Therefore, the original date of 28th September was given to the Aragon Grand Prix which moves a week from its original slot of 21st September. This change to the 2014 MotoGP Calendar means that the San Marino Grand Prix and the Aragon Grand Prix will be held two weeks apart, rather than there being three back-to-back races.

With Brazil not being replaced, the 2014 MotoGP calendar comprises of a total of 18 rounds and includes a new event in Argentina at the Autódromo Termas de Río Hondo but Laguna Seca has been removed.