Find out when Summertime officially begins with the Countdown to Summer. Keep track of the Summer Countdown to see how many days are left until the holidays 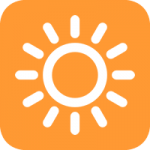 On this page, you can see how long it is until the Summertime officially begins with the free Countdown to Summer. The Summer Countdown Clock acts as a timer until Summer, displaying the number of days until the Summer, sunshine and barbecues arrive!

For more Seasonal Countdowns to find out the time until the Seasons Change again, you can consult the Countdowns Page.

When does Summer begin?

In Meteorological Terms, Summer begins on 1st June throughout the Northern Hemisphere.

However, the Summer Solstice, which occurs on or around the 21st June every year, can also be taken as the first day of Summer.

When does Daylight Saving Time begin?

Although, according to the progression of the seasons, June marks the first Day of Summertime, you should not forget the beginning of Daylight Saving Time. Marking the official beginning of British Summer Time, DST occurs much earlier in the year to give more daylight hours in the evenings.