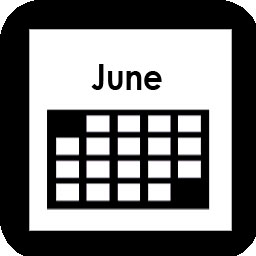 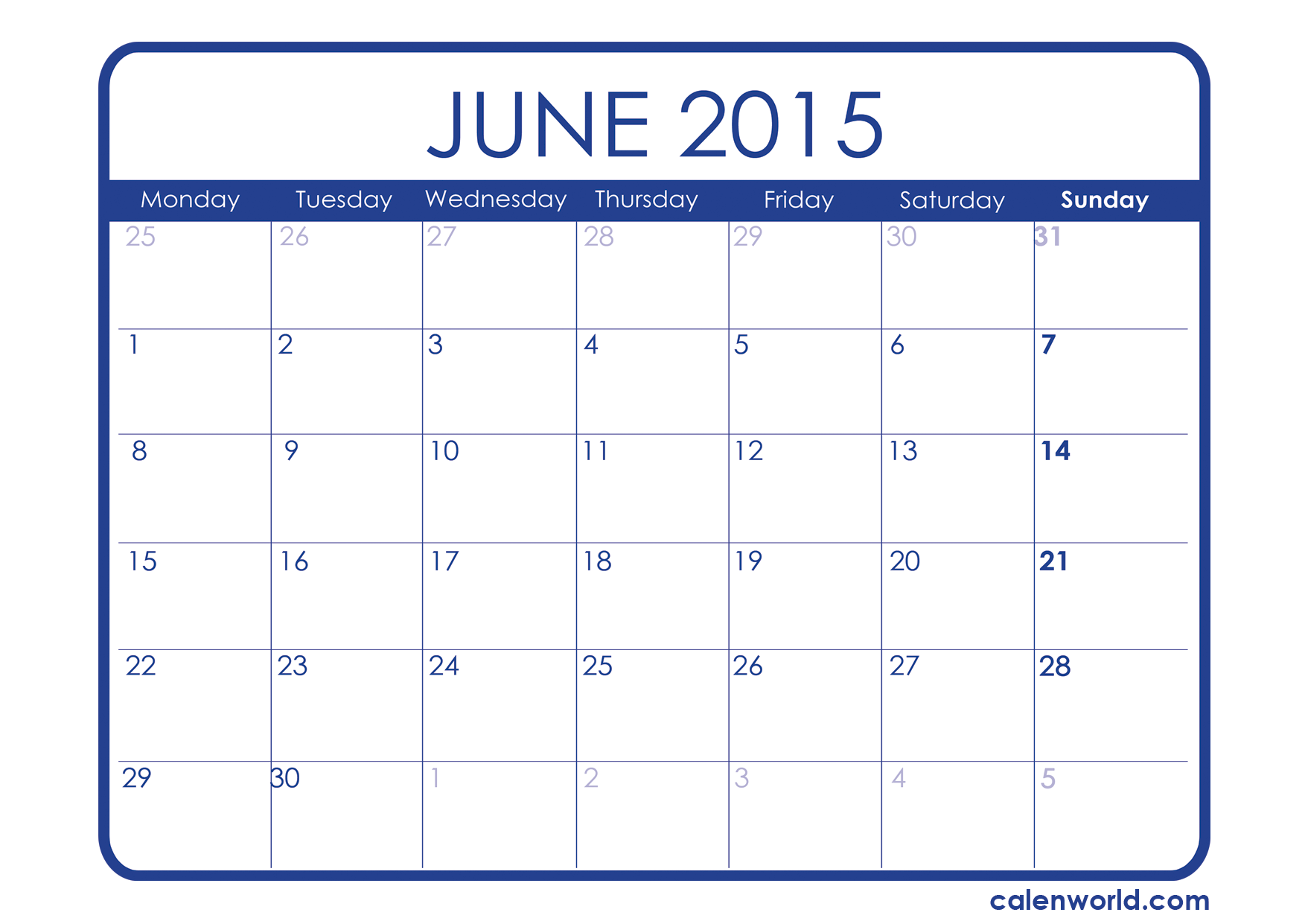 Use your printable June 2015 calendar to record the important National Holidays, Observances and Bank Holidays observed in the USA and the UK throughout the month of June 2015. The adoption of the United States flag is celebrated on 14th June 2015 in the USA. On 18th June 2015, the ninth month of the Islamic calendar, referred to as Ramadan, officially begins and marks a month-long period of fasting from dawn until sunset for the Muslim community. Father´s Day takes place on 21st June 2015 throughout the Western world so be sure to mark the date in your June 2015 calendar - you don´t want to forget to send a Father´s Day card!

Important sporting events you´re not going to want to miss in June 2015 include the NBA Finals and the Tour de France. Golf fans should also make a note of 18th June 2015 as the start of the US Open!

Start preparing for your 2015 summer with the help of the June 2015 Calendar which is ready to download and print for free. An annual calendar for 2015 is also available if you´re looking to plan for the whole year.