Find out which Saints are celebrated on each day throughout the year, according to the Roman Catholic Calendar, with the help of the Saints Day Calendar. 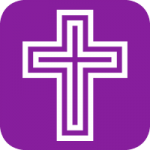 Among the many Religious Calendars in exsitence, the Calendar of Saints or Saints Day Calendar is a traditional calendar used by the Roman Catholic communities in which each day of the year is associated with one or more Saints. The day is referred to as the Feast Day of the predetermined Saint which, in this context,  does not refer to a large celebratory meal but rather an annual religious celebration of the Saint.

The Calendar of Saints originated from the early annual Christian tradition of celebrating martyrs on the date of their deaths and subsequent ascensions into heaven, called the “dies natalis” (day of birth) in Latin.

Due to the great number of Saints in existence, it is quite common to see more than one Saint celebrated on any one day of the year. As one of the most popular religious calendars in the world, variations of the Calendar of Saints exist throughout the world.

How are the Saints chosen for the Calendar of Saints?

The Catholic Church generally commemorates martyrs on the anniversary of their death and ascension to heaven.

Traditionally, the Calendar of Saints was used by expecting parents to choose a baby name. Depending on which Saints day the birth of their child took place, the use of the Saints Day Calendar was common practice after the birth of the child. However, for help planning the stages before baby naming, we have a selection of Pregnancy Calendars available.