Our Countdowns page has timers and countdown clocks for all important upcoming events including Holiday, Sports, Political and TV Series Countdowns. 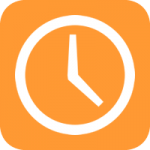 On this page, you can find Countdown Clocks and Timers for all upcoming events. Find out how long it is until the holidays, how many days are left until a match and the days remaining until the release date of a favourite TV Series. Including a wide selection of Countdowns and Timers, find a Countdown Clock which suits you and start preparing for the big day as the countdown approaches!

Countdown to the Seasons

Find out how long is left until the seasons officially change and it's time to swap your flip flops for wellington boots! The following Seasons Countdowns are timers which indicate the days, hours and minutes remaining until the seasons change according to the Meteorological Calendar.

Do you often ask yourself when the clocks change? Find out how many days are left until Daylight Saving Time (DST) officially begins and ends with the Daylight Saving Time Countdown Clocks. Including Countdowns to the Clock Changes in both the USA and Europe, the DST Countdowns are available now to make sure you don't miss when you need to set your clocks backward or forward this year!

Find out the time left until a new series officially airs or a much anticipated film is finally released and appearing in cinemas with the Film and TV Countdown Clocks. The Countdowns to Film and TV airdates are at your disposal to wait out the remaining days, hours and minutes until our favourite shows, like Game of Thrones, appear on our TV screens again with you!