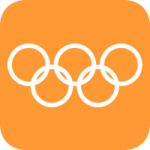 More Fixtures, Match Dates and Legaue Tables can be found in our Sports Calendars section. However, for more Countdowns and Timers, have a look at our Countdowns Mainpage.

The first Winter Olympics were held in 1924 in Chamonix, France and consisted of only 5 sports: bobsleigh, curling, ice hockey, skiing and skating. The Winter Olympics used to be held in the same year as the Summer Olympic Games until 1992 when the International Olympic Committee (IOC) decided to put the Summer and Winter Games on separate four-year cycles with two years between each.

The 2018 Winter Olympics are scheduled to take place in Pyeongchang, South Korea on 9th February 2018. It will be the first Winter Olympic Games hosted in South Korea. The host city for the 2022 Winter Games will be elected on 31st July 2015 at the 127th IOC Session in Kuala Lumpur.