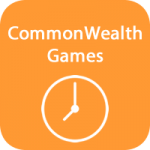 Despite there being only 53 members within the Commonwealth of Nations, a total of 71 teams participate in the Commonwealth Games with several dependent territories competing under their own flag, such as, the four seperate Home Nations of the United Kingdom: England, Scotland, Wales and Northern Ireland.

First held in 1930, the Commonwealth Games have taken place every four years since its inauguration except in 1942 and 1946 due to the events of the Second World War.