Find out when Winter officially begins with the Countdown to Winter. Keep track of the Winter Countdown to see how many days are left until the holidays 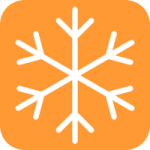 Find out how long it is until Winter officially begins with the free Countdown to Winter. The Winter Countdown Clock acts as a timer until Winter, displaying the number of days until the Winter, mulled wine, mince pies and snowmen!

For more Seasonal Countdowns and even a Christmas Countdown which times the remaining days until Santa arrives, you can consult the Countdowns Page.

When does Winter begin?

Different cultures define the start of winter as different dates with some using a definition based on weather. When it is winter in the Northern Hemisphere, it is important to remember that it is summer in the Southern Hemisphere.

In Meteorological Terms, the first day of Winter is on 1st December throughout the Northern Hemisphere.