Hindu Calendars refer to a collection of calendars including the Indian National Calendar. Find out more about Hindu or Nepali Calendars here. 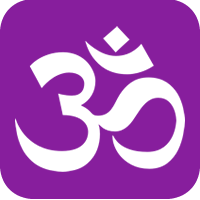 The term Hindu Calendar refers to a collection of calendars which have been in use throughout India for thousands of years. Having undergone some inevitable changes since its invention, there are currently several regional Hindu Calendars in existence as well as a standardized version which, sanctioned in 1957, serves as the Indian National Calendar and is perhaps more commonly known as the Vikrama Samvat. The most well-known regional Hindu Calendars include the Nepali Calendar, Bengali Calendar, Tamil Calendar and Telugu Calendar.

As the names of the months are based in Sanskrit, all regional Hindu Calendars share the same month names with some slight differences in spelling and pronunciation in various regions.Based on an ancient version of the Hindu Calendar, the Buddhist Calendars share many similarities and more on this topic can be found in the Religious Calendars section.

With annual cycles of twelve lunar months, the Vikrama Samvat is a Lunisolar Calendar in which each month is divided into two phases called the “bright” and “dark” half which correspond to the Moon Phases.

The main Hindu Calendar, called the Vikrama Samvat, is the National Calendar of India and a type of Lunisolar Calendar. The year according to the Vikrama Samvat is divided into 12 months much like the Gregorian Calendar with a significant difference being that the beginning and end dates don´t coincide. In the National Indian Calendar, the year begins and ends in, what is the equivalent of, the month of March.

In the Vikrama calendar, the “zero year” or start date of the calendar corresponds to 56 BC and has six seasons which each  last for a total of 60 days.

The months and seasons of the main Hindu Calendar are divided in the following way:

What year is it according to the Hindu Calendar?

Much like the various Hindu Calendars which exist, there are different ways of counting the years as two eras can be used according to the Hindu Calendar.