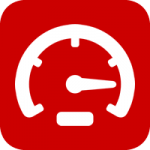 In terms of the highest television ratings, NASCAR is second only to the NFL (National Football League) among professional sports franchises in the USA. Broadcast in over 150 countries around the world, NASCAR races reach thousands of new racing fans every week. With the help of the free NASCAR Calendar which makes up part of our collection of Racing Calendars, you'll never miss a NASCAR Race Day again.

Standing for the “National Association for Stock Car Auto Racing”, NASCAR sanctions over 1500 auto racing events in 39 different US States. The three largest racing series governed by NASCAR are the Sprint Cup Series, the Nationwide Series and the Camping World Truck Series. However, for the majority of people who talk about NASCAR, they are referring to the NASCAR Sprint Cup Series. To find out the dates of the Sprint Cup Series, have a look a look at our free NASCAR Calendar!

You can find all the dates of the 2014 Sprint Cup Series listed in the free 2014 NASCAR Calendar below: