The NBA Calendar lists all of the basketball playoffs in the 2014-2015 NBA season including the 2014 NBA Christmas Games and the 2015 NBA All-Star Game! 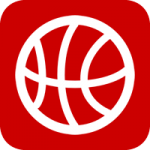 For more information on other Sporting Events including sports fixtures and schedules, check out our Sports Calendars.