The Christian Calendar, also known as the Liturgical Calendar, includes all the information you´ll need to know about the Christian Holidays from Advent and Christmas to Lent and Easter inlcuding their dates and origin. 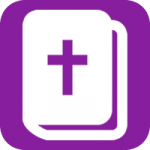 The Christian Calendar, also known as the Liturgical Calendar, is based around the cycle of seasons in the liturgical year. Although the division of the Liturgical Year varies slightly between the different Religious Calendars, it is used in the Christian Calendar to determine when Feast Days of Saints are to be observed as well as the important Christian celebrations in the year, such as, Advent, Christmas, Lent and Easter.

Depending on the date of Holy Week, the Christian Calendar suffers some minor date modifications every year. However, the Christian Calendar always has two clearly separated parts divided by a period of ordinary time, in which the events celebrated are not specifically  related to the life of Jesus Christ, with Advent and Christmas forming one section and Lent and Easter the other.

The Christian Holidays are primarily focused around the life of Jesus with some festivals, like Christmas, occurring on the same date every year while others vary slightly each year. Available below are free calendars for the Christian Religious Holidays for the upcoming years:

How is the Christian Calendar organised?

The Christian Calendar sets certain days and seasons aside in order to recall and commemorate various events in Christ´s life every year:

The liturgical year in the Christian Calendar traditionally begins with Advent which starts approximately four weeks before Christmas. During the period of Advent (originating from the Latin word adventus, meaning "arrival" or "coming") , Christians celebrate the birth of Jesus and, in the first weeks, his expected second coming at the end of time. The season of Advent is the first of the liturgical year and traditionally observed by means of fasting. Advent is often marked by the traditional Advent Wreath which, composed of an evergreen garland with four candles, symbolizes the progression of time. Although the weeks are not always complete, Advent generally lasts for a total of four sundays.

According to the Christian Calendar, the four weeks of Advent are immediately followed by Christmas. The traditional Twelve Days of Christmas officially start from the evening of the 24th December (Christmas Eve) with First Vespers of Christmas and last until the Feast of Epiphany. Technically, the Christmas season in the Christian Calendar continues until the Feast of the Baptism of Christ, currently celebrated on the first Sunday after 6th January, or the following Monday if that Sunday happens to fall on the date of Epiphany.

Lent is the spiritual period of purification and penance in which Christians prepare for the Resurrection of Jesus Christ in the Easter season. Traditionally lasting a total of 40 days, Lent begins on Ash Wednesday and ends on Holy Thursday. The evening Mass of the Lord´s Supper on Holy Thursday marks the start of the Easter Triduum: Good Friday, Holy Saturday and Easter Sunday.

The week before Easter is called Holy Week.

The Easter Triduum (Good Friday, Holy Saturday and Easter Sunday) recalls Christ´s Last Supper with his disciples, his death on the cross and following resurrection. The Liturgical season of Easter, lasting a total of seven weeks, immediately follows the Triduum and celebrates the Resurrection of Jesus Christ. Based around a Lunar Calendar dating system, the dates for the season of Easter change every year but the season officially finishes with the Pentecost, the fiftieth day of Easter, which celebrates the Holy Spirit´s ascension to the Apostles.

The rest of the liturgical year is called Ordinary Time and refers to the periods in the Christian Calendar in which the central events of Christ´s life are not celebrated. With the longest period lasting for a period of 33 to 34 weeks, Ordinary Time is separated by the most important Christian Festivals of Advent, Christmas, Lent and Easter.

Although events relating to the life of Jesus are not celebrated during Ordinary Time, the Christian Calendar celebrates does celebrate other festivals of a religious type in these periods, such as, Corpus Christi or the Holy Trinity.