Counting down the days until the 2018 FIFA World Cup takes place, the World Cup Countdown Clock can help you keep track of the start of the 2018 World Cup. 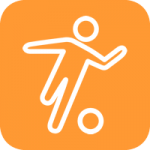 For more information on the World Cup and other Football Leagues, you can consult our Football Calendars which can be found in our selection of Sports Calendars. If you'd prefer to see more Countdowns and Timers for other Football Games and Sporting Events, you can have a look at our Countdowns Mainpage.

The FIFA World Cup, an international men's football tournament, involves 32 national teams including the autoatically qualifying host nation. The format of the World Cup involves  a qualification phase which takes place in the intervening three years between each month-long tournament phase called the World Cup Finals.

Since its inaugural tournament in 1930, the World Cup has taken place every four years except in 1942 and 1946 due to the Second World War. The current FIFA World Cup Champions are Germany who won their fourth title at teh 2014 World Cup Tournament in Brazil.

The following World Cups will be hosted in 2018 by Russia, marking the first World Cup to be held in the former Soviet Union, and in 2022 by Qatar.