Find out when Fall or Autumn officially begins with the Countdown to Autumn. Keep track of the Fall Countdown to see how many days are left until the holidays. 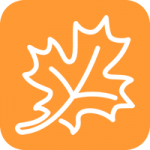 Here, you can find out how long it is until Fall or Autumn officially begins with the free Countdown to Autumn. The Fall Countdown Clock acts as a timer until Autumn, displaying the number of days until the Autumn and falling leaves!

For more Seasonal Countdowns which count the days left until the Change in Seasons, you can consult the Countdowns Page.

When does Autumn begin?

Autumn, also known as Fall in the US, is one of the four temperate seasons marking the transition from Summertime into Winter. The first day of Autumn is generally considered to be the 1st September for the Northern Hemisphere and March for the Southern Hemisphere.

In meteorological terms, Autumn begins on 1st September as each season is defined as a three-month period.

However, astronomers base the date of the seasons upon celestial events, in this case the autumnal equinox which will occur on or around 21st September.