Find your free printable November 2015 calendar here. Ready to download and print for free, you just have to click on the calendar for November 2015 to either download the image or print it straight away.

November is the eleventh month of the year in the Gregorian calendar and one of four months to have a total of 30 days. Its name originates from the ancient Roman calendar in which it used to be the ninth month and was named after the Latin “novem” meaning “nine”. November 2015 starts on a sunday and finishes on a monday with nearly five full weekends. Make the most of your 2015 with the help of your free November 2015 calendar. 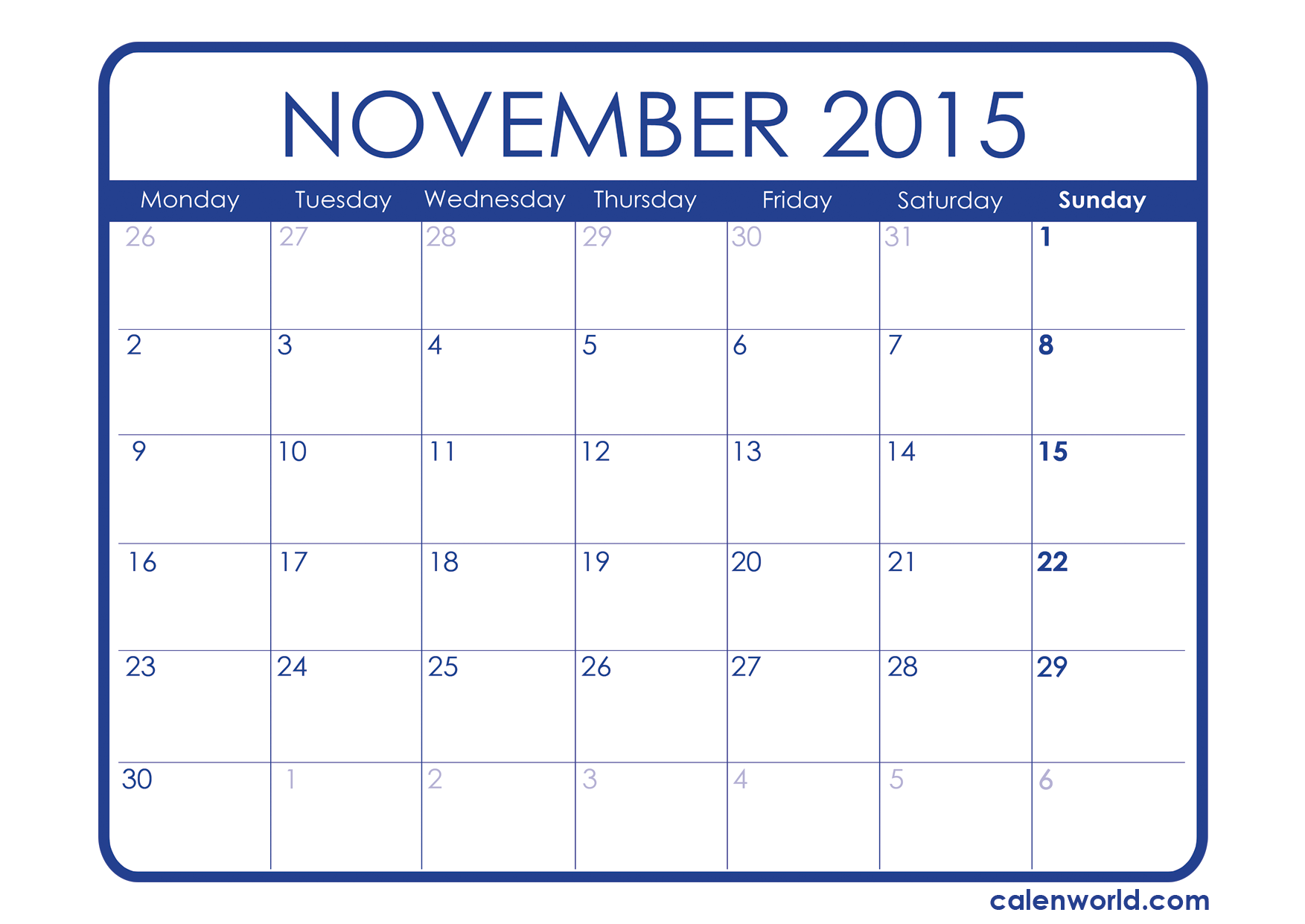 The first day of November 2015 marks the end of Daylight Saving Time in the USA so remember to set your clocks back an hour! Other important dates to note in your free printable November 2015 Calendar include Guy Fawkes Night on 5th November 2015 in the UK. Commemorating the failed conspiracy attempt to blow up the Houses of Parliament, Guy Fawkes Night or Bonfire Night is celebrated throughout England with large bonfires and elaborate firework displays. Another British tradition celebrated in the month of November is Remembrance Sunday on 8th November 2015. According to tradition, poppies will be sold throughout the UK in the weeks preceding Remembrance or Armistice Day so be prepared with the free November 2014 calendar!

In a similar fashion, the USA celebrates Veterans Day on 11th November 2015 to honour those  who have served in the United States Armed Forces.

Download your free 2015 November Calendar for free to start organizing for the month ahead. You can also have a look at the year-long 2015 Calendar which, also free to download and print, is essential if you want to plan for the entire year.