The free Tennis Calendar includes the ATP Tennis Schedule for all upcoming tennis matches from the dates of minor tournaments to Grand Slam Events! 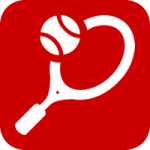 The free Tennis Calendar includes the dates of all upcoming tennis matches from the ATP (Association of Tennis Professionals) Schedule including the Grand Slam tournaments. Also known as the Majors, the Grand Slam tournaments last for 2 weeks and offer the most ranking points, prize money and media attention for the players. The Grand Slam calendar consists of the Australian Open in mid January, the French Open between May and June, Wimbledon between June and July, and the US Open between August and September. Don’t miss a single Tennis match, including the most highly anticipated Grand Slam Events, with the help of the free Tennis Calendar!

If you’re interested in seeing more sports schedules and fixtures, have a look at our collection of Sports Calendars.