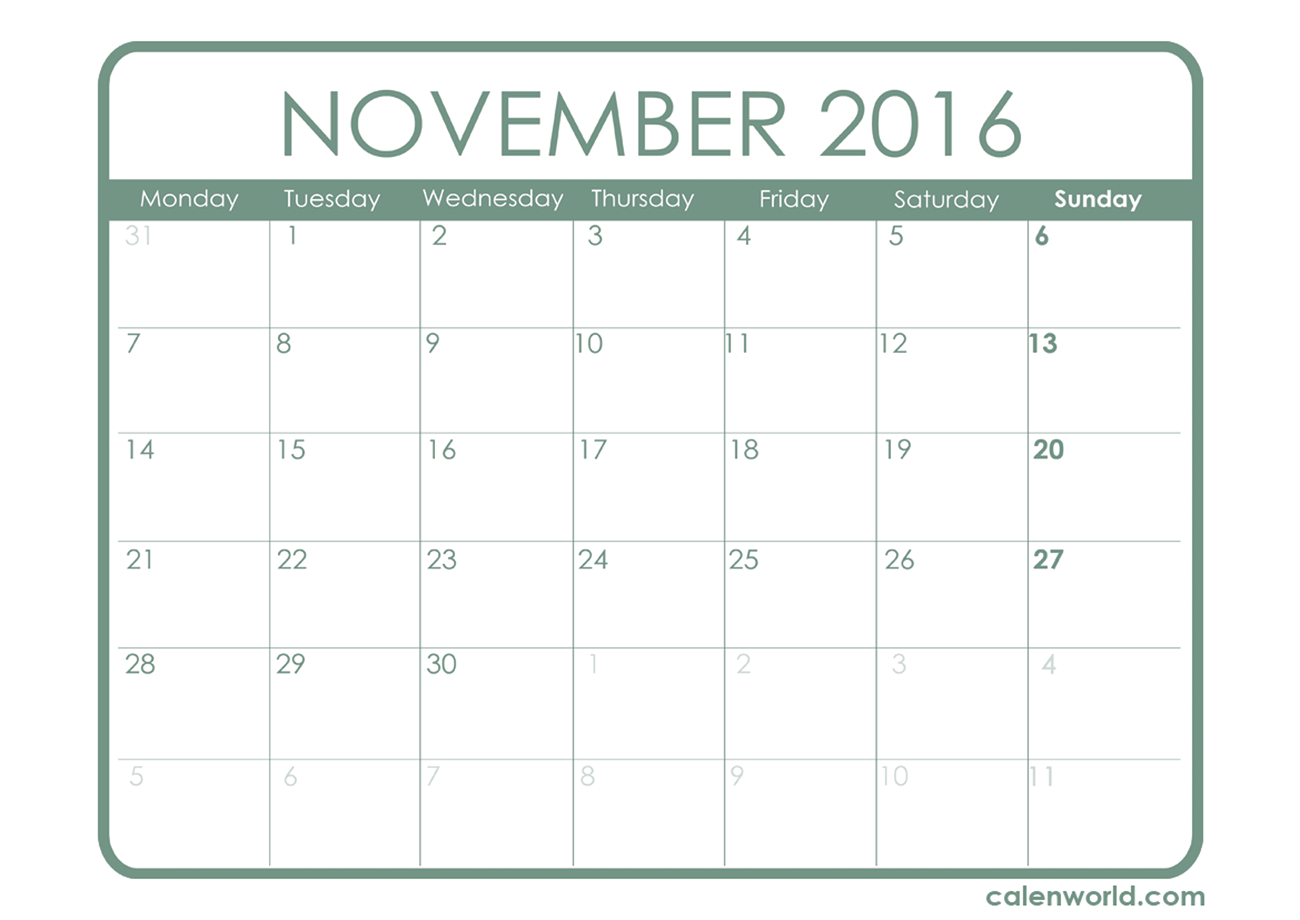 In a similar fashion, the USA celebrates Veterans Day on 11th November 2016 as a National Holiday to honour those  who have served in the United States Armed Forces.

Download your free 2016 November Calendar for free to start organizing for the month ahead. You can also have a look at the year-long 2016 Calendar which, also free to download and print, is part of our selection of yearly calendars.