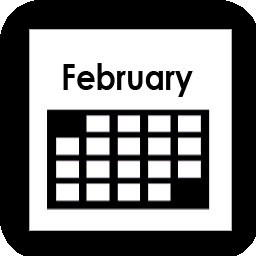 On this page, you will be able to find your printable February 2016 calendar. Available to download and print for free, simply click on the calendar for February 2016 and either download the image or print it straight away.

As the second month of the year in the Gregorian Calendar, February is the shortest of the twelve months with less than the average 30 days.  February generally has 28 days in the common year and 29 days during leap years. Containing one extra day to keep the calendar years synchronized with the seasonal year, February 2016 will be a leap year beginning and ending on a monday. 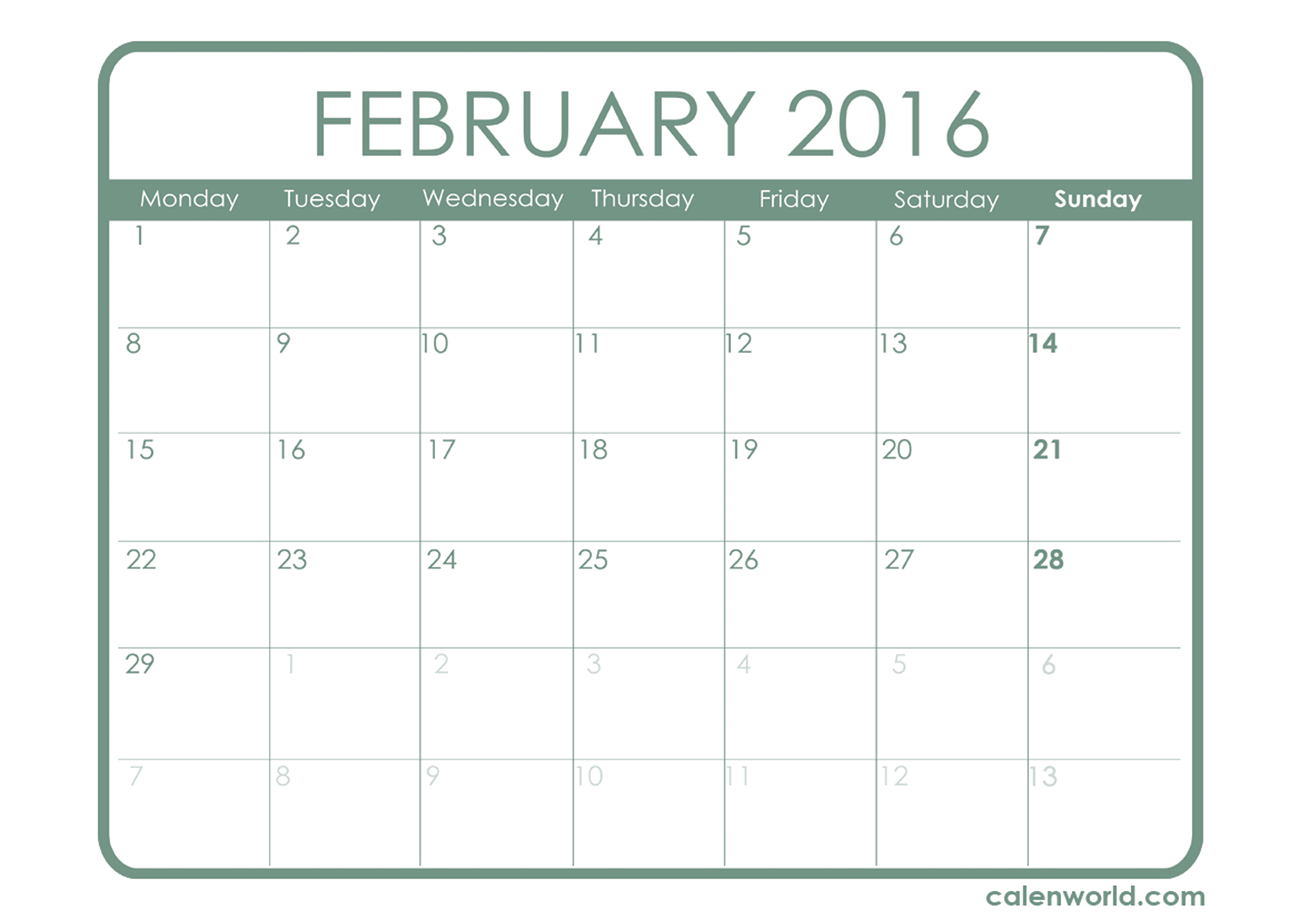 Presidents´ Day, a National Holiday in the USA, takes place on 15th February 2016 and is celebrated in honour of the USA´s first President, George Washington. Shrove Tuesday, also known as Mardi Gras, is celebrated on 9th February 2016.
Download your 2016 February Calendar for free to start organizing for the month ahead. You can also look at the annual 2016 Calendar to plan for the entire year.