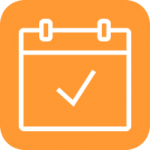 More useful Holiday Countdowns, showing the remaining number of days until all the most important annual celebrations can be found on the Countdowns Main Page.

The first day in January represents the official start of a brand New Year following the New Year's Eve Celebrations of the night before (31st December). Traditionally a Religious Feast, New Year's Eve is marked with big parties, live music shows, dancing and large firework displays at the stroke of midnight. New Year's Eve brings about the New Year in style with celebrations generally going on past midnight well into 1st January.

New Year's Day, the first day of the year in the modern Gregorian Calendar, was originally dedicated to Janus, the Roman God if gates, doors and new beginnings. Liturgically, New Year's Day marked the Feast of the Circumcision of Christ, and is still observed as such by the Anglican and Lutheran Church. Nowadays, New Year's Day is one of the world's most widely celebrated public holidays.