The Countdown to Ramadan is recorded in days, hours and minutes by the Ramadan Countdown Clock to prepare for the official start of the Islamic Observance. 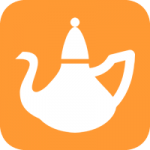 Find out the remaining time until Ramadan officially begins with the Ramadan Countdown Clock. Signifying the ninth month of the Islamic Calendar, Ramadan is observed annually by Muslims all over the world as a month-long period of fasting. Given that Islamic Holidays begin on the sunset of the previous day, the Countdown to Ramadan is recorded in the exact number of days, hours and minutes until observing Muslims will officially start celebrating Ramadan.

More information on the Islamic Calendar and observances of Ramadan can be found on the Religious Calendars Page. However, if you're looking for more Countdowns and Timers, you can consult the Countdowns Mainpage.

Countdown to Ramadan | Days Until Ramadan

Originating from the Arabic root "ramida", meaning ´scorching heat´, Ramadan marks a month-long period of fasting for Muslims which began in the second year of the Muslim migration from Mecca to Medina. The period of fasting lasts from dawn until sunset with food and drink served before and after these times of the day.

This annual observance, lasting 29-30 days based on the sightings of the crescent moon, often includes an increased offering of prayers and recitations of the Quran