Counting down the days until the Queen’s Platinum Jubilee, consult the Queen’s Jubilee Countdown to find out when her next Jubilee would take place. 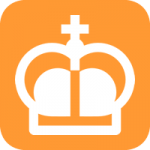 Find out when the Queen's Royal Jubilee would next take place with the Queen's Jubilee Countdown Clock. On 6th February 2022, the Queen of England would celebrate 70 years on the British throne at the age of 95 years. The 70 year anniversary of the Queen's Reign would be called a Platinum Jubilee and celebrated in a similar Sir-studded fashion as the previous Diamond Jubilee held in 2012.

Countdown to the Queen's Platinum Jubilee

Within the Monarchy, a Platinum Jubilee is a celebration marking a 70th or 75th anniversary. In 2016, King Bhumibol of Thailand could celebrate the first Platinum Jubilee in recorded history at the age of 89 years. In 2022, Queen Elizabeth II could be the next monarch to celebrate such an incredible milestone in the United Kingdom and the rest of the Commonwealth realms.

The preceding Jubilee celebration, known as the Diamond Jubilee of Queen Elizabeth II, was celebrated on 2 June 2012.