Download and print your free July 2015 calendar here. If you´re looking for a monthly calendar for July 2015, look no further! Simply click on the image of the July 2015 calendar and either download it onto your desktop or print the calendar straightaway to start planning your 2015 summer. 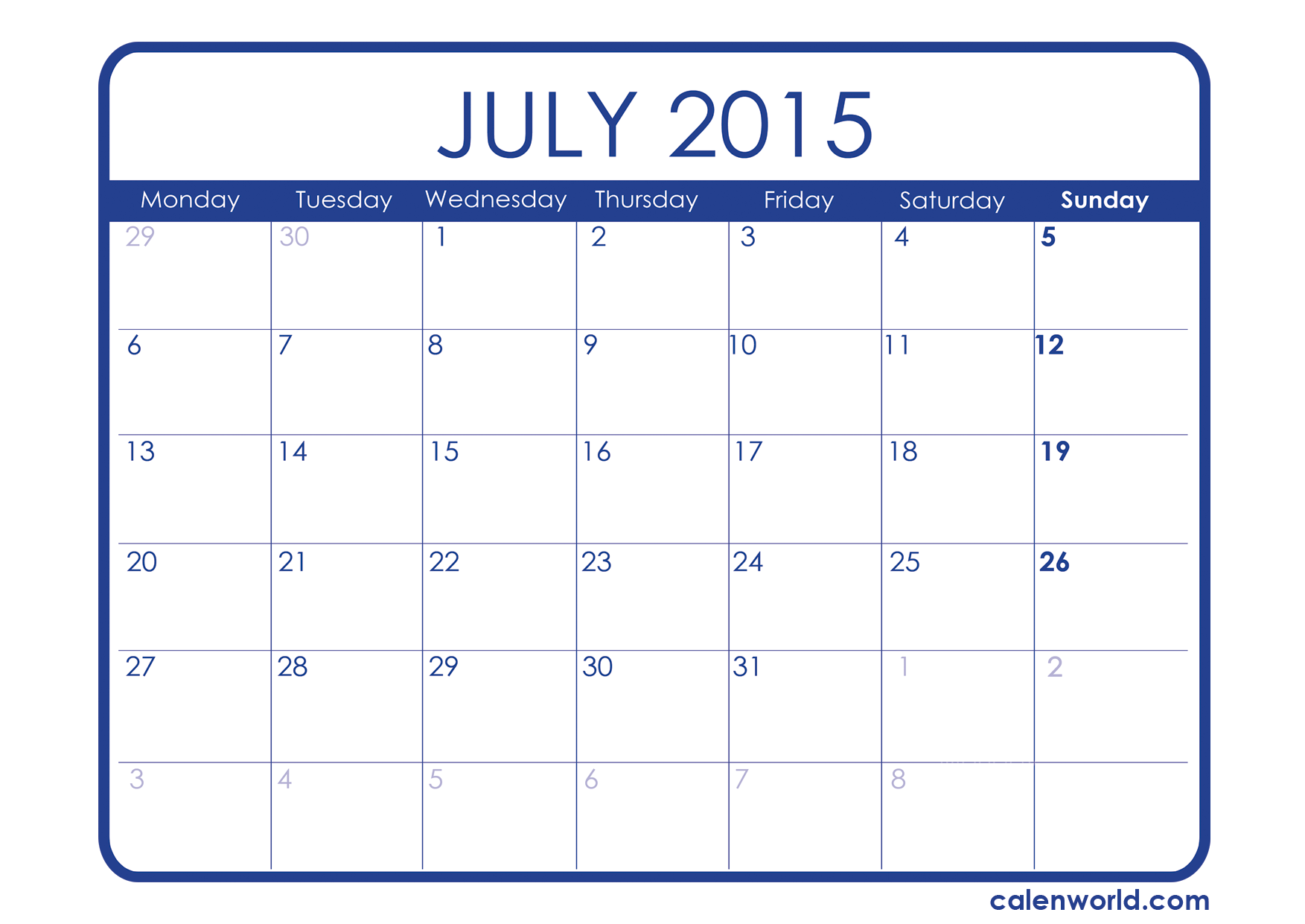 Be sure to include the important dates, such as, National or Bank Holidays in your printable July 2015 calendar. Celebrated on 4th July in the USA, Independence Day commemorates America's independence from Great Britain with the adoption of the Declaration of Independence. Independence Day, also referred to as the Fourth of July, is the National Day of the United States and is celebrated throughout the country with fireworks, parades, carnivals, picnics, concerts and much more!

In the sporting calendar for July 2015, the 16th July 2015 marks the opening of the British Open in Scotland but perhaps the more widely anticipated sporting event in the UK during July 2015 is Wimbledon.

The July 2015 calendar is completely free to download and print so either save the calendar to your computer or print it now to start planning for your July in 2015. To plan for the year 2015 as a whole, take a look at our annual calendar for the year 2015.