As the seventh month in the Gregorian Calendar, July is the most popular month for summer vacation as the warmest month of the year in the Northern Hemisphere. The month of July was named in honour of the Roman Emperor Julius Caesar. In 2016, July starts on a friday and finishes on a sunday with a total of 31 days. 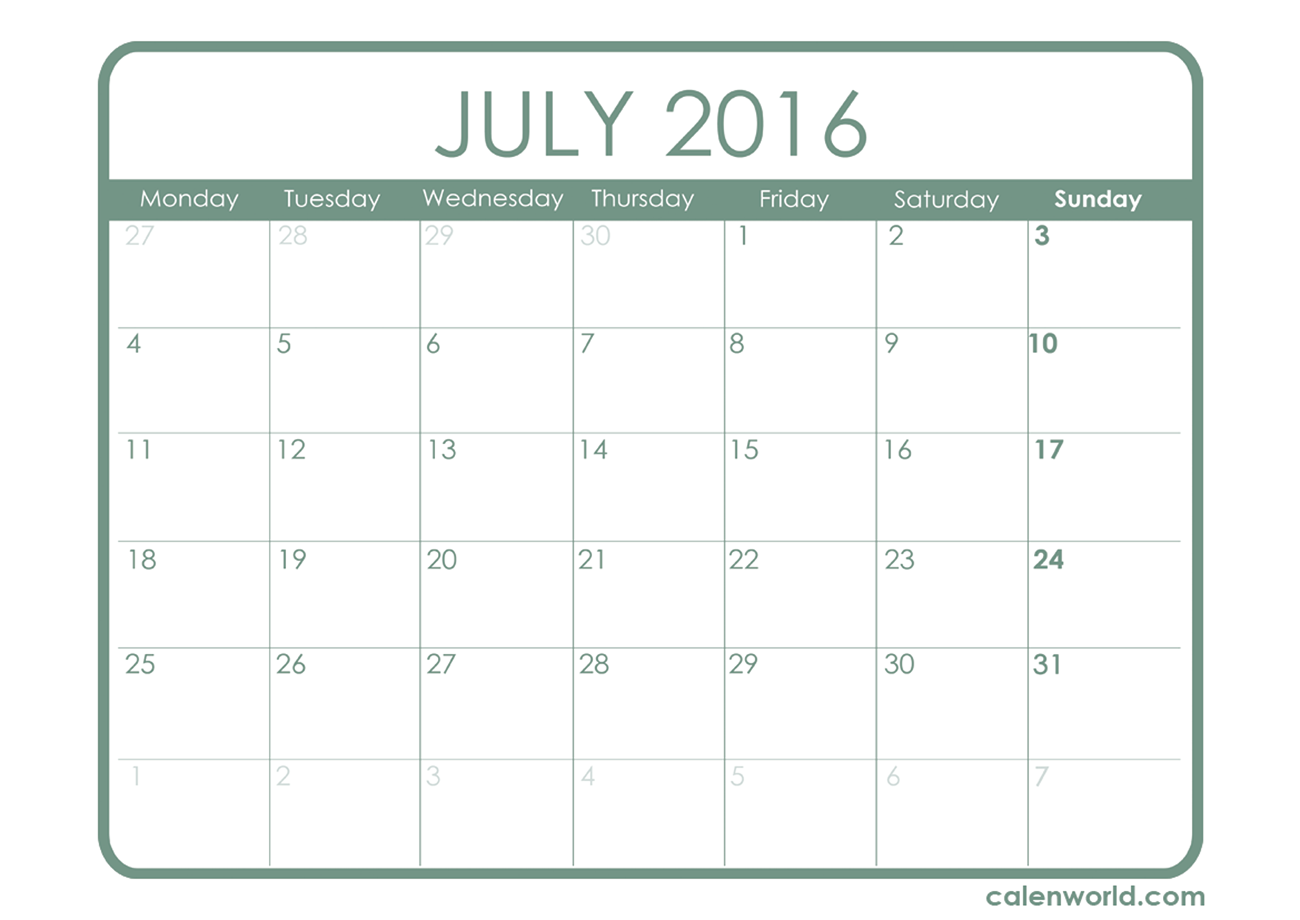 Be sure to include the important dates, such as, National or Bank Holidays in your printable July 2016 calendar. Independence Day is celebrated on 4th July in the USA as a National Holiday to commemorate America's independence from Great Britain. Independence Day, also referred to as the Fourth of July, is the National Day of the United States and is celebrated throughout the country with fireworks, parades, carnivals, picnics, concerts and much more!

In the sporting calendar for July 2016, the 21st July 2016 marks the opening of the British Open and from the 3rd to 24th July 2016, the Tour de France begins. Perhaps the most widely anticipated sporting event, particularly in the UK, during July 2016 is Wimbledon.

The July 2016 calendar is free to download and print so you can decide to save the calendar to your computer or print it now to start planning for your 2016 Summer. To organize your plans for the year 2016 as a whole, have a look at our annual calendar for 2016 in our yearly calendars section.