Discover when the next Solar or Lunar Eclipse will take place as well as its duration, the type of Eclipse and where you can watch it with the 2015 Eclipse Calendar. 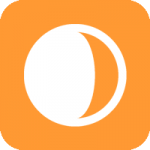 For more information on Eclipses, have a look at our page explaining everything you need to know about the Eclipse.

The 2015 Solar Eclipse Calendar shows the time and date at which the Solar Eclipses during the year 2015 can be seen. Don´t miss witnessing the most amazing of astronomical phenomenons particularly the Total Solar Eclipse on March 20th 2015 as it is quite a rare occurrence and people often only get the chance to see one in their lifetime!