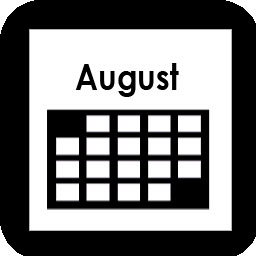 As the eighth month of the year in the Gregorian Calendar, August is one of the longest months with a total length of 31 days. Named after the ancient Roman Emperor Augustus, August 2017 starts on a tuesday and finishes on a thursday with four weekends in total. 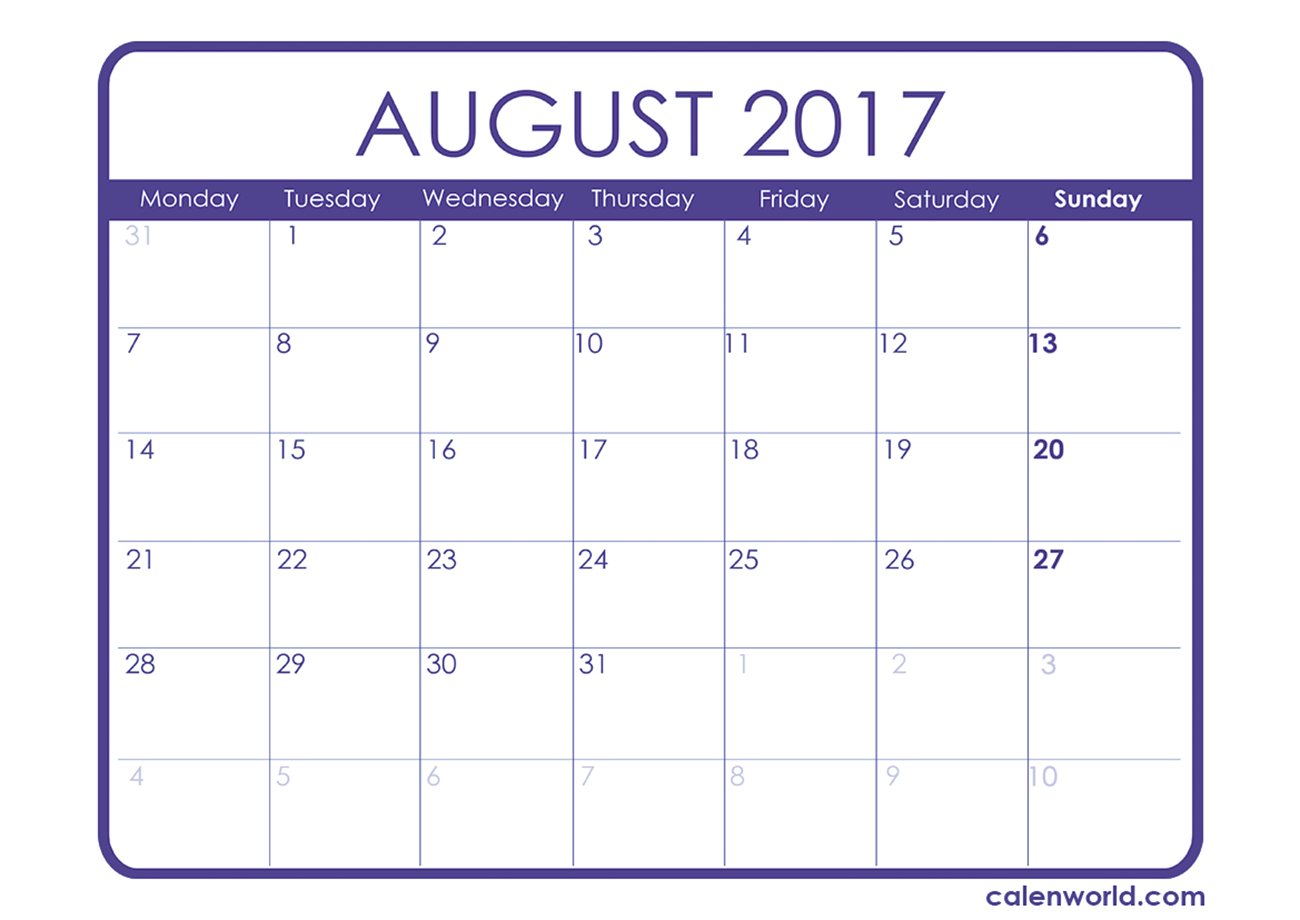 In the UK, the 28th August 2017 is the Summer Bank Holiday so make the most of the good weather (while it lasts) and relax on your day-off from work and school!

On 21st August 2017, the first total solar eclipse to occur in the 21st century will take place for the United States. It will be the first visible eclipse in the continental US to occur for 35 years.

Plan your summer with the August 2017 calendar, free to download and print now. If you want to plan your entire year, have a glance at our Yearly Calendars which include a completely free 2017 calendar!