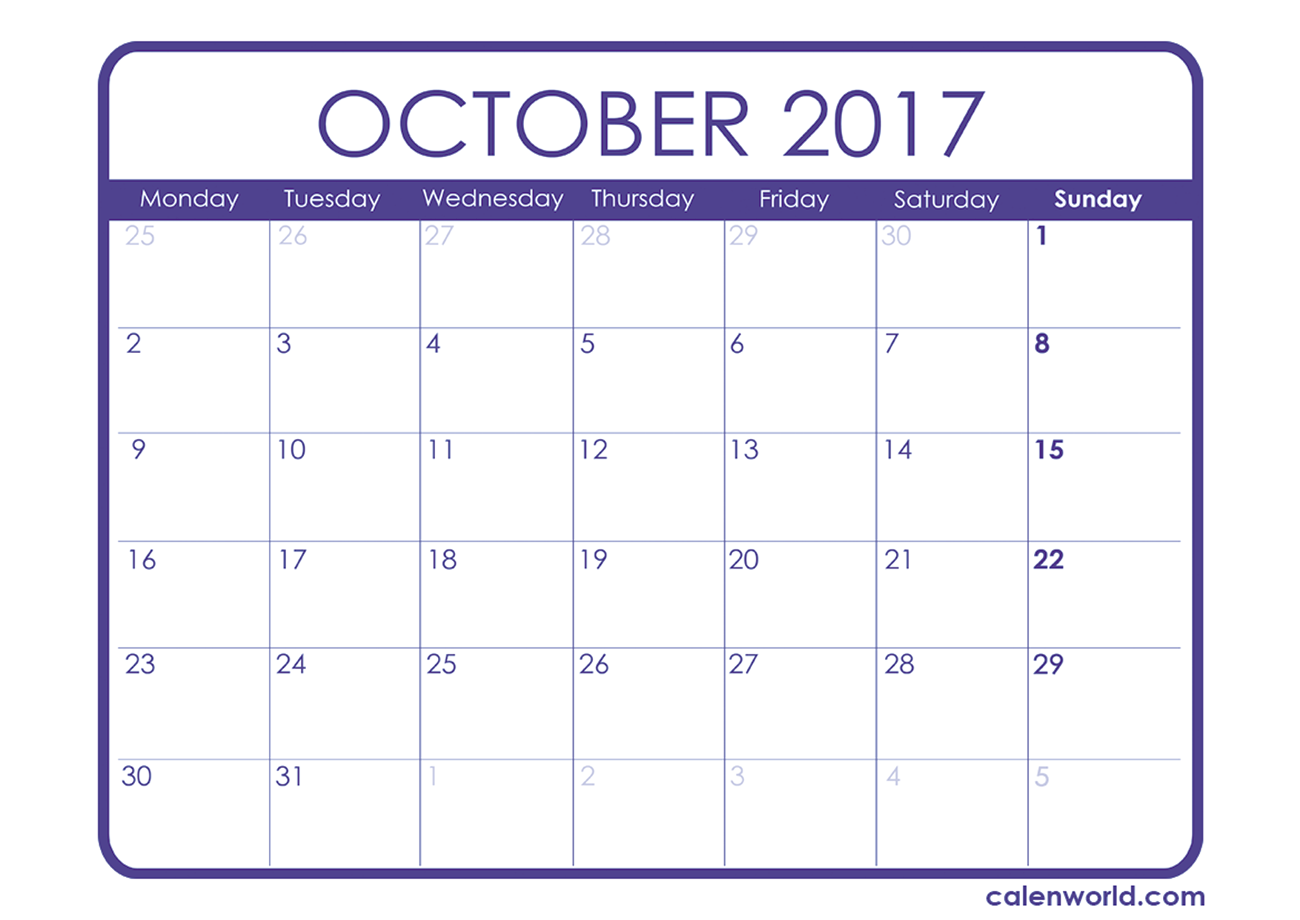 Don´t forget to make a note of the important dates of October 2017 in your free printable calendar. On 9th October 2017, Columbus Day is celebrated in the USA as a National Holiday and marks the anniversary of Christopher Columbus' arrival in America. Although Columbus Day is a public holiday throughout the majority of the USA, it is not observed by all states. The most notable holiday celebrated in October is Halloween. Taking place on 31st October 2017, Halloween generally includes trick or treating, costume parties, bonfires and watching horror films. Download and print your free calendar for October 2017 to start planning your Halloween celebrations!

Daylight Saving Time officially ends on 29th October 2017 in the UK so use your free printable October 2017 calendar to remember that the clocks need to go back!

Download your October 2017 Calendar and save it for later or print it out now for free. If you want an annual calendar for 2017, our selection of Yearly Calendars includes a year-long 2017 calendar.