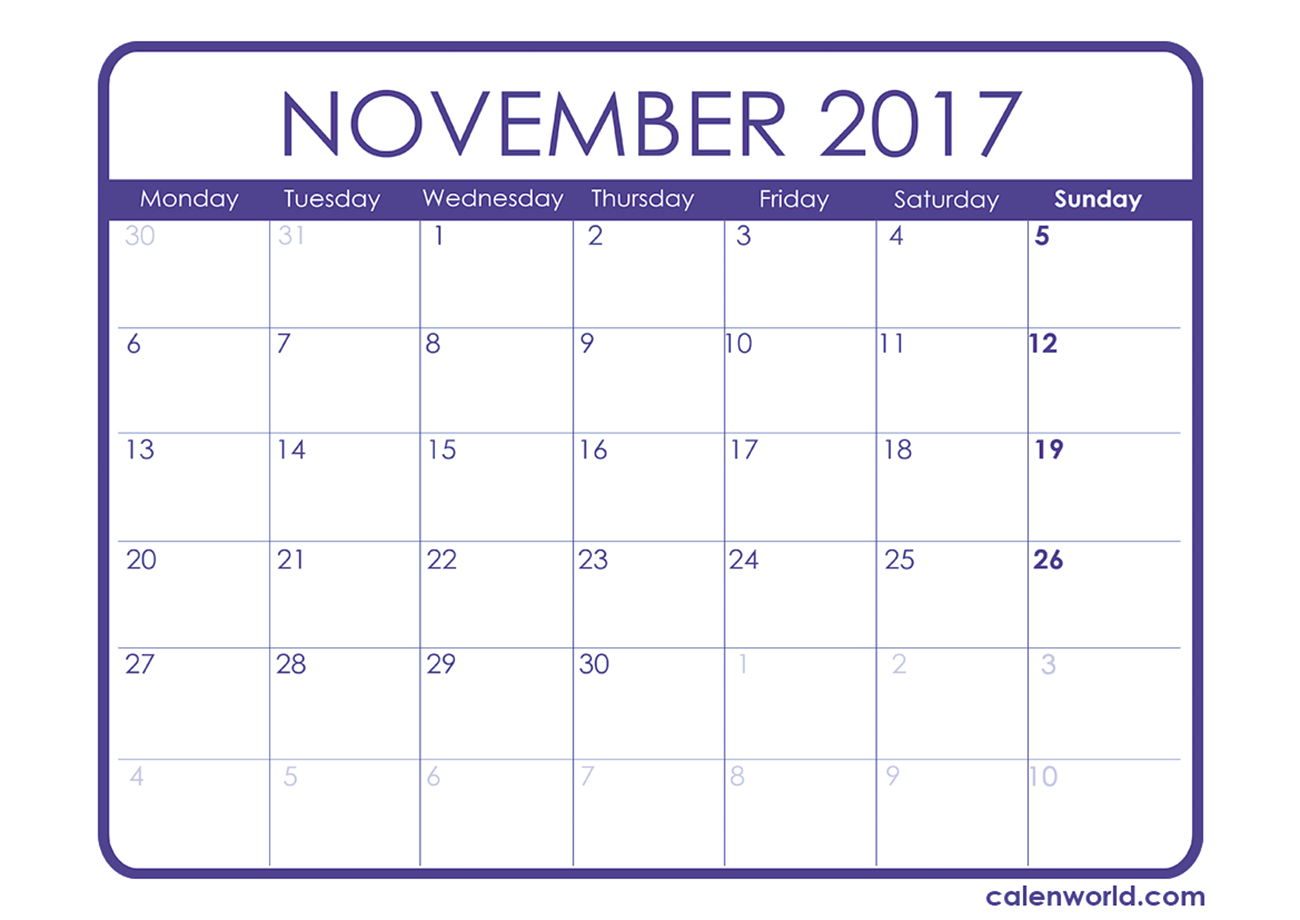 Important dates to note in your free printable November 2017 Calendar include the end of Daylight Saving Time in the USA on 5th November 2017 so remember to mark the date and set your clocks back an hour! Other important 2017 dates are Guy Fawkes Night on 5th November 2017 in the UK. Commemorating the failed conspiracy attempt to blow up the Houses of Parliament, Guy Fawkes Night or Bonfire Night is celebrated throughout England with large bonfires and elaborate firework displays. Another British tradition celebrated in the month of November is Remembrance Sunday on 12th November 2017. According to tradition, poppies will be sold throughout the UK in the weeks preceding Remembrance or Armistice Day so be prepared with the free November 2017 calendar!

In a similar fashion, the USA celebrates Veterans Day on 11th November 2017. Falling on a Saturday in 2017, Veterans Day will be commemorated as a National Holiday on 10th November 2017 to honour those  who have served in the United States Armed Forces.

Download your free 2017 November Calendar for free to start organizing for the month ahead. You can also have a look at the year-long 2017 Calendar which, also free to download and print, is part of our selection of Yearly Calendars.