On this page, you can find the free calendar for October 2014. October is the tenth month of the year according to the Gregorian Calendar and got its name from the ancient Roman Calendar in which it was originally designated the eighth month of the year (and, as such, named after the Latin word “octo” meaning “eight”).  With a total of 31 days, October 2014 starts on a wednesday and finishes on a friday. 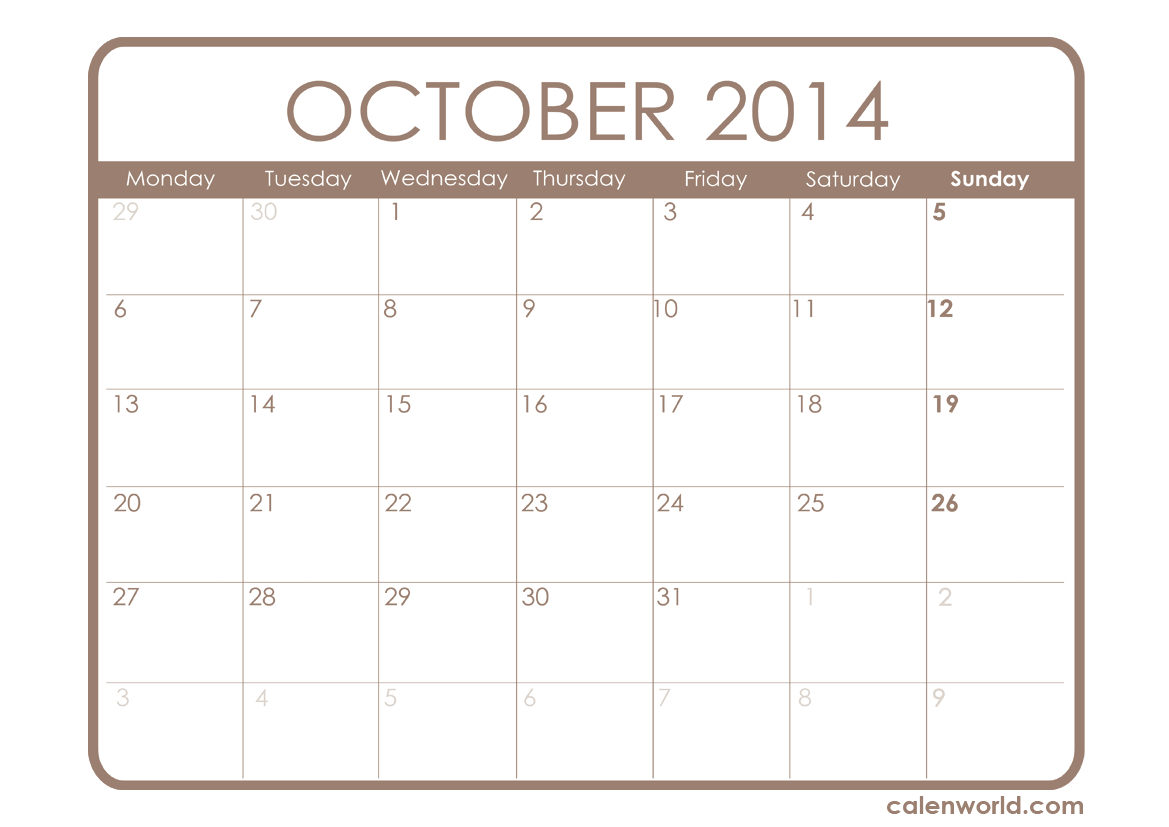 Don´t forget to make a note of the most important dates of October 2014. The days of National Holidays and Observances celebrated in October 2014 include Columbus Day in the USA which, marking the anniversary of Christopher Columbus' arrival in America, is celebrated on 13th October 2014. Columbus Day, celebrated unofficially since the end of the 18th century, is public holiday throughout the majority of the USA but is not observed by all states. Perhaps the most notable of holidays celebrated in October is Halloween. Taking place on 31st October 2014, Halloween festivities generally include trick or treating, costume parties, bonfires and watching horror films. So, download and print the free calendar for October 2014 to start planning your best Halloween party yet!

Download and print the 2014 October calendar for free to help you organize for the month. You can also have a look at the printable 2014 Calendar which is free to download if you want to plan for the entire year.