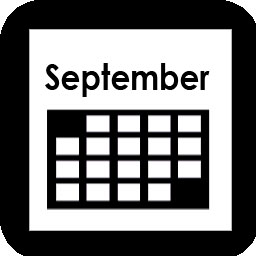 On this page, you can find the free calendar for September 2014. September is the ninth month of the year in the Gregorian Calendar and is one of only four months to have a total length of 30 days. The beginning of September marks the seasonal change into Autumn in the Northern Hemisphere and the start of Spring in the Southern Hemisphere. In 2014, September starts on a monday and finishes on a tuesday with a total of 4 weekends. September also marks the beginning of the ecclesiastical year according to the Eastern Orthodox Church. 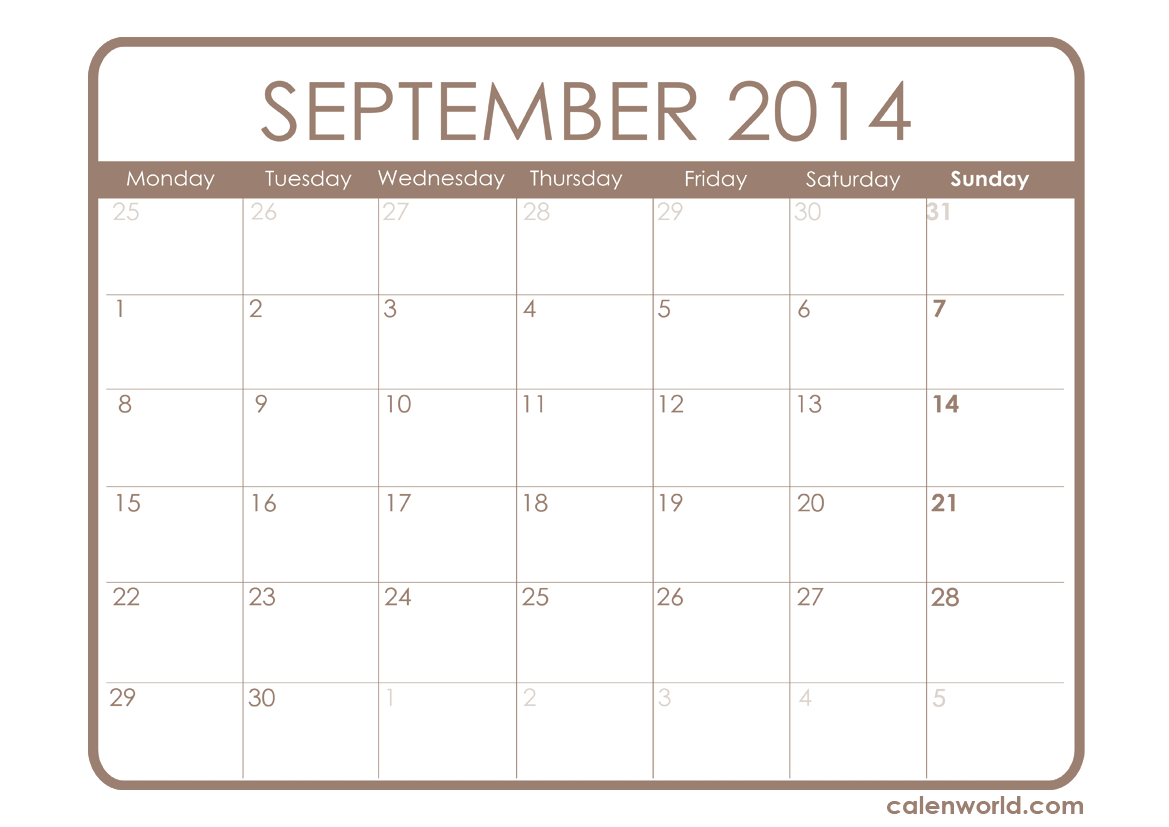 Don´t forget to make a note of the most important dates of September 2014. Celebrated on the first Monday in September, Labor Day takes places on 1st September 2014 in the USA. Labor Day is a National Holiday which, closely linked to International Workers´ Day on May 1st, is dedicated specifically to the American labor movement and is a celebration of the workers of America.

Download and print the 2014 September calendar for free to help you organize for the month. You can also have a look at the printable 2014 Calendar which is free to download if you want to plan for the entire year.