What does the Zodiac symbol of the Rooster represent?

Within the Chinese Zodiac, the Rooster occupies the 10th position and symbolizes a confident, motivated and, at times, pompous character. Those born under the Zodiac sign of the Rooster are confident, courageous and active individuals. Despite being rather blunt when offering an opinion, people with the Zodiac sign of the Rooster are loyal, proud and trustworthy, expecting the same benevolent honesty from friends. According to the Chinese calendar, the Rooster is very sociable and likes to be the center of attention in a social environment. In their continual search for attention from others, they sometimes run the risk of being considered annoying.

When does the Year of the Rooster begin?

The Year of the Fire Rooster will begin on 28th January 2017 and finish on 15th February 2018, marking the beginning of the Year of the Dog.

It is a particularly special year as it has one month more (13 months in total) than the rest of the years. This month (闰月, rùnyuè) was added to the Chinese calendar to balance the lunar months with the annual solar calendar. 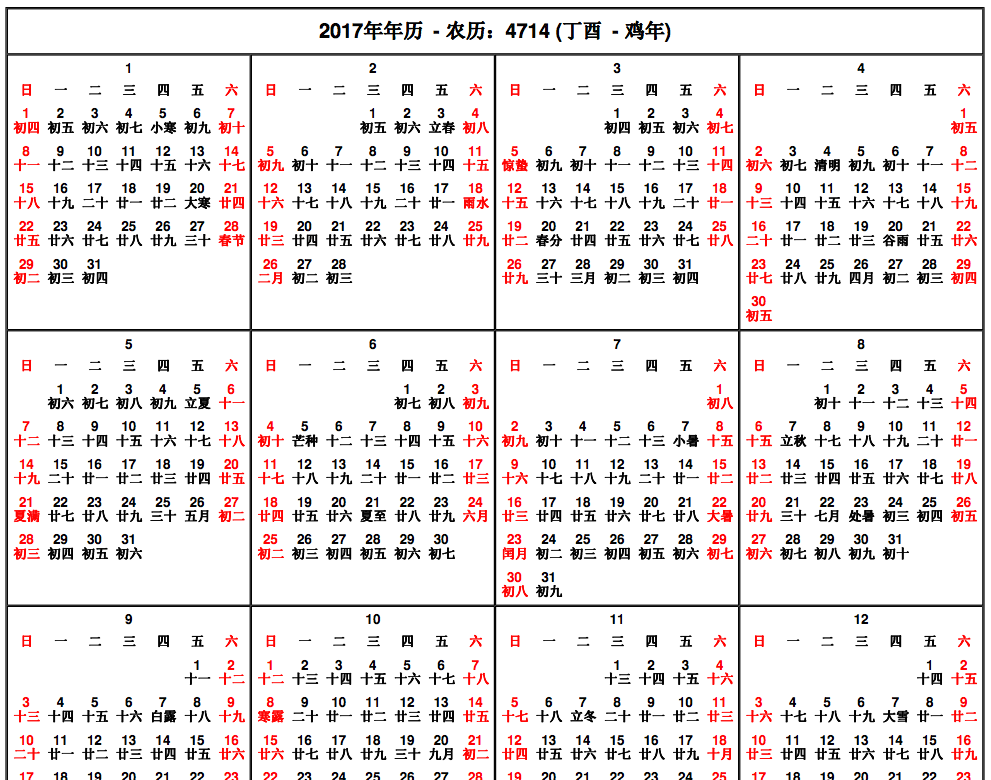