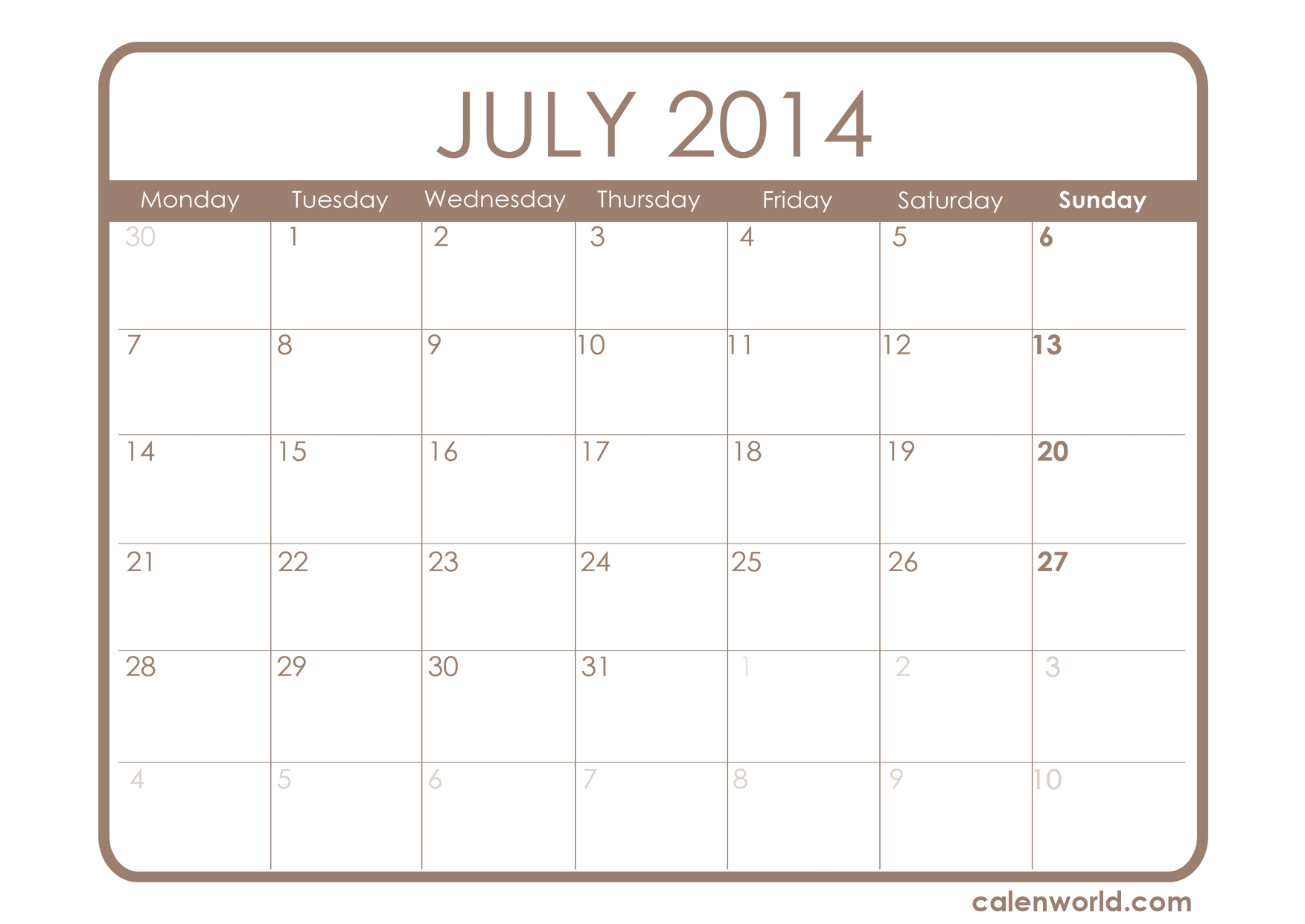 Don´t forget to make a note of the most important dates of  July 2014, such as, the National Holiday of Independence Day. Celebrated on 4th July in the USA, Independence Day commemorates America's independence from Great Britain through the adoption of the Declaration of Independence. Independence Day, also referred to as the Fourth of July, is the National Day of the United States and is celebrated in style throughout the country with fireworks, parades, carnivals, picnics, concerts and so much more!

Download and print the 2014 July calendar for free to help you organize for the month. You can also have a look at the printable 2014 Calendar which is free to download if you want to plan for the entire year.